Concrete Restoration Systems > Company News > Decorative Concrete > What are my options for my deteriorated and spalling driveway? 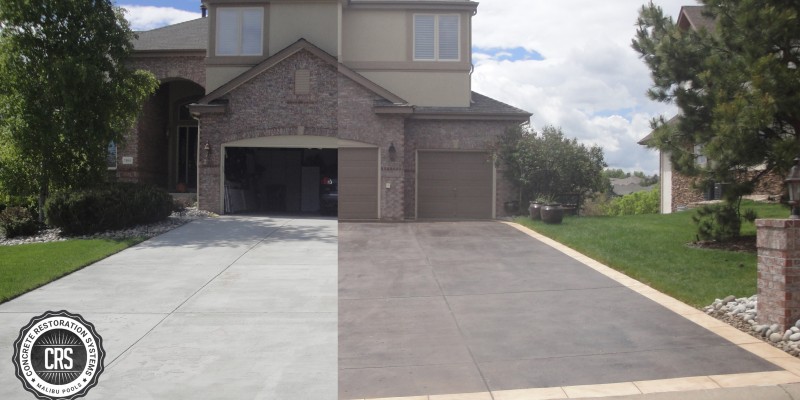 How to Save a Driveway without having to Replace it

While there are only two causes of concrete spalling, there are a host of aggravating conditions that make this problem so widespread affecting 1 out of 3 driveways in Colorado. Because concrete finishing is such a competitive industry and not very profitable, most contractors will install 3 to 4 driveways in a single day.

During the summer months, you may have had your driveway done in the heat of the day with hot concrete and worn out finishers. The most common mistakes are the failure to use concrete pumps to place the concrete quickly. In the winter, it is a failure to cover the concrete with blankets to prevent overnight freezing, especially on larger driveways due to the cost of these blankets and all results in concrete spalling.

However, spalling is a surface phenomenon and rarely affects the structural integrity of the concrete itself, only the finished surface. However, if not attended to promptly, the concrete with continue to deteriorate beyond the initial surface until a replacement is the only option.

Until recent years, there was little alternative to tear out and replacement. Concrete Restoration Systems, by Malibu Pools is leading the advancement of alternatives. The obvious preference of homeowners is to have perhaps decorative concrete to installing plain gray concrete again and possibly having the same problem again.

A few years ago, a client presented us with a concern that he had a radiant heated driveway and was told it would be more expensive to replace the radiant heating components in the driveway than the driveway itself, that was spalling. We began researching an alternative to replacement. We contacted over 90 vendors, suppliers of abrasives, grinding equipment manufacturers and concrete contractors and was told that tear out was the only solution.

We then discovered a company out of Canada that was using horizontal concrete cutting machines to remove the initial surface that was spalling, staining the concrete and sealing. We bought one of these 75 machines in the world, purchased the most aggressive diamond cutters and set out to see if we could remove the bad concrete and make something look good. Wow, were we shocked! The machine and the cutters selected made the most beautiful driveway. With several passes, we removed the entire spalling surface, the stone in the concrete was exposed and the stain modeled throughout the finish. Impressive!

This article was produced, to provide you with information about what is possible as an alternative to concrete replacement. This article was written by Daniel Yalacki, contractor/architect here in Denver with over 40 years of experience in the concrete industry, manufacturing, research, and development of industrial products and services since 1978.